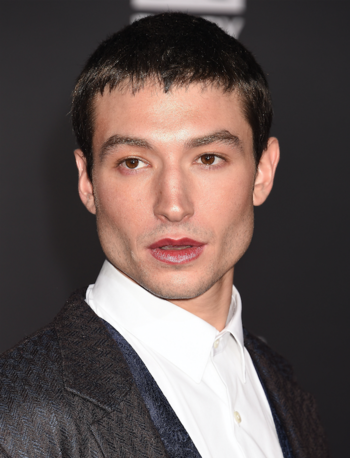 Their breakthrough roles were Patrick in The Perks of Being a Wallflower and Kevin in We Need to Talk About Kevin.

Since 2016, they portray the first live action film version of the DC Comics superhero The Flash, in the DC Extended Universe.

They're also the singer of Sons of an Illustrious Father, an Alternative Indie band.

Miller is genderqueer, with a preference for they/them pronouns.