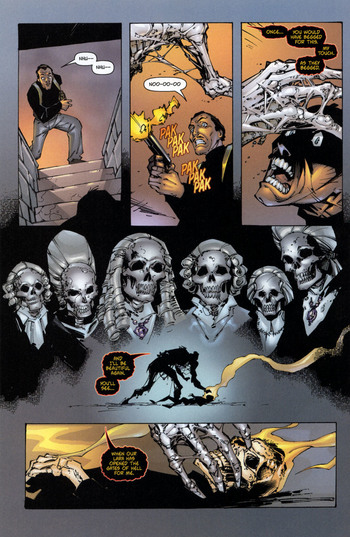 Lord Vymes
"He who removes the amulet shall once more release the dark power of Set. And Set sayeth: 'I am the shadow across the sun. I am the bringer of plagues. My wrath will consume all lands and shall be ceaseless.'"
—Semerkhet, on Set, The Last Revelation

Lara Croft has explored many ancient sites in her search for various artifacts, and through her adventures, she has faced many evil gods and horrific people who threatened the world. Here are the worst.

Other Continuities (by release date)