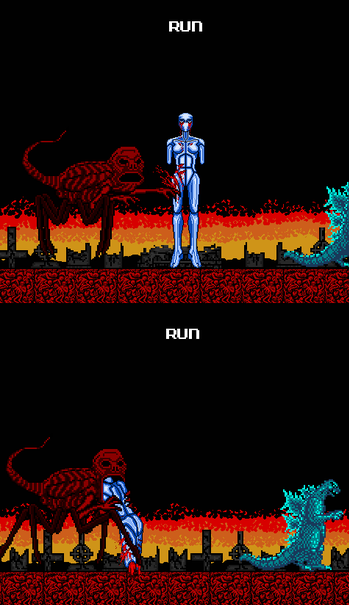 When you see Red, RUN!
"This Sonic was a monster, a pure evil, sadistic, all-powerful, nightmarish, demented monster... and all of his victims, including Tails, Knuckles, Robotnik and possibly Kyle, are just his little toys, and the game is the very gateway into his chaotic, nightmarish world and the very Hell his victims are trapped in."
—Tom, talking about "X", Sonic.exe
Advertisement:

Creepypastas commonly play on people's fear of the unknown and the enigmatic, and as such we know little about the villains and their motives. However, there are a few select beings (not uncommonly humans) who are nothing short of irredeemable nightmares.