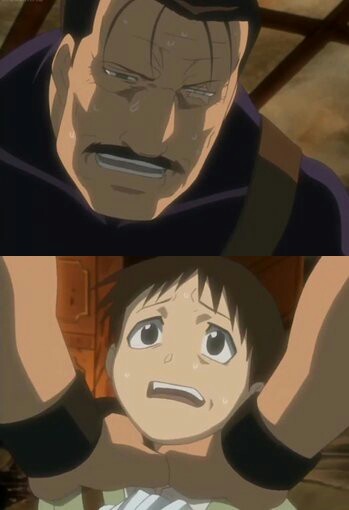 "You are foolish, all of you, even my own son."
"You asked what about me? It's simple. I love cutting up live people, and I like killing people so much, I can't stand it. I kill; therefore I am! I am who I am. That's all the evidence I need!"
—Barry the Chopper (anime version only), "The Red Glow" (subtitles)
Advertisement:

Of all the horrors Edward and Alphonse Elric encounter on their journey for the Philosopher's Stone, these individuals stand out as the most irredeemably depraved.