Literature / Keep a Lid on It, Pandora! 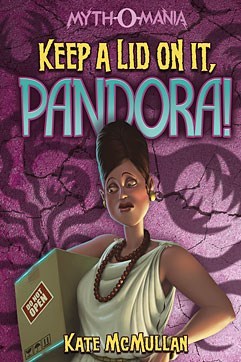 Keep a Lid on It, Pandora! is Book VI in Kate McMullan's Myth-O-Mania series, published in 2003. Hades traces the creation and development of the first mortals, and Zeus' desperate measures to win a bet that the first woman, ever-curious Pandora, would open a mysterious box she receives from him.