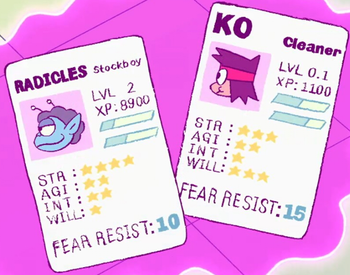 "On a scale of no grind to Korean MMO, it gets a Tony Hawk."
—Kilian Experience, A Garbage Guide to Subnautica
Advertisement:

A simplistic ranking system in which Power Levels are something other than specific measurements, usually in the form of broad categories.

Inevitably, any series with this kind of grading system will be subject to Rank Inflation, sometimes to ridiculous levels just to keep up with things like the Sorting Algorithm of Evil. In the end the heroes will always be as Strong as They Need to Be, so all this rigamarole can get beside the point.