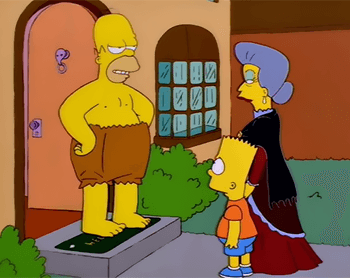 "I have misplaced my pants"
Sometimes you don't have the proper materials on hand to make yourself clothes, so you have to use other things ...
Advertisement: