Film / The Charge at Feather River 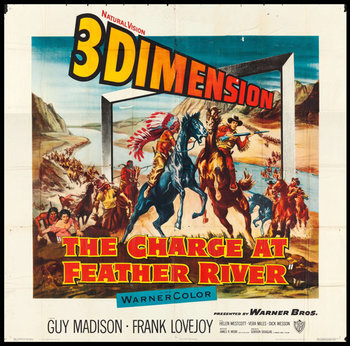 The Charge at Feather River, a 1953 Western film directed by Gordon Douglas, was originally released in 3D with many arrows, lances, and other weapons flying directly at the audience in several scenes.

In Colorado territory, Miles Archer is asked by the cavalry at Fort Bellows to aid in rescuing two white women abducted by the Cheyenne and to provide security for the railroad construction teams.