Fanfic / The Uzumaki Tales: Return Of The Whirlpool 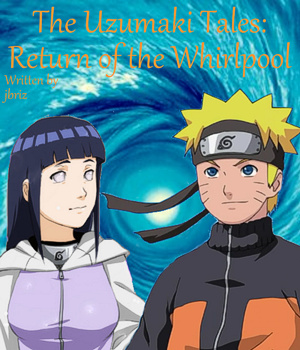 Mob: "Isn't that sweet. The Huyga princess has fallen in love with the Demon."
Naruto: "Love?!"
Hinata: "Yes Naruto. I love you. I have always loved you. Ever since that day when you stood up for me in front of those bullies."
Mob: "Pfft. Looks like we'll be doing you a favor. Anyone who thinks they could love a Demon deserves to die just like that piece of trash! Do you even know why he is the piece of trash he is?"

Hinata: "Yes! I know why HE IS the greatest person in this village. He has sacrificed himself all these years to keep you safe and all you've done is repaid him with neglect and hatred!"

The Uzumaki Tales: Return of the Whirlpool

is a Naruto fanfic that starts off a simple premise: what if the Kyuubi is not actually evil and gets into contact with Naruto much earlier? This and other changes cause ripples that completely change the story.

Naruto Uzumaki has finally made it and became a ninja of the village of Konoha, although he initially does not work well together with his new team mates Sasuke and Sakura. Only during their first mission outside the walls of town he does get into contact with the demon sealed within him and comes to some surprsing conclusions. At the same time, Hinata Hyuga, nominal heiress to the Hyuga clan but suffering of low self-confidence, is still disappointed that her crush Naruto is on a different team. Little do both of them know that their fates are closely connected and give them rich reward in the end.

The story has finished the original Naruto-years, as well as the training years, and now is in the Shippuden-era, although this means little considering how much the story has changed by now.