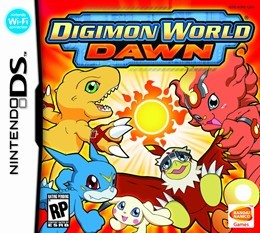 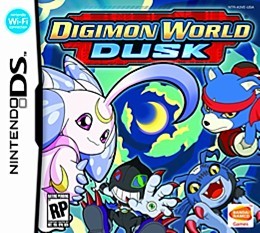 A pair of games for the DS and the sequel to Digimon World DS/Digimon Story, Digimon World Dawn/Dusk (originally known as Digimon Story Sunburst/Moonlight in Japan) puts you in the shoes of a member of the Light Fang or the Night Crow, two rival teams who raise and battle Digimon in the Digital World. The annual tournament is cut short by a mysterious viral assault, severing all contact between the two teams and leaving both Sunshine and Darkmoon City scrambling to rebuild and figure out just what caused the incident. Naturally, both sides suspect the other had a hand in it... and naturally, it falls to you to find out the truth.

Like Digimon World 3, there's plenty of Fanservice, with dozens of Digimon to build your dream team. And despite its nature, there is actually a fair amount of variation between the games, with several storyline quests differing depending on which version you're playing, although, regardless of the team you're on, the dialogues are pretty much the same.