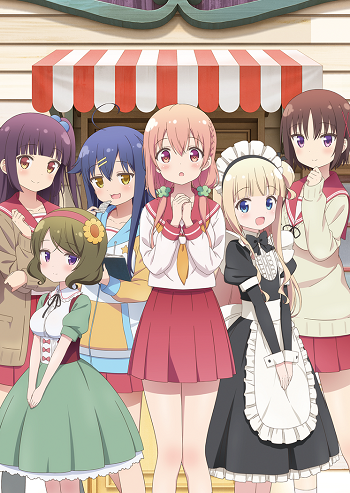 Hinako Note is a manga by Mitsuki that has been serialised in Comic Cune since August 2014. An anime adaptation began airing in April 2017, following Hinako Sakuragi, a girl who leaves her rural home into Tokyo after being inspired by a theatre performance that inspires her to join her new high school's drama club, with the intent of overcoming her shyness and difficulty in talking with others.

Moving into Hititose Bookstore, Hinako meets a colourful group: Kuina loves eating and reading, even consuming pages from books on occasion, Mayuki, who is fond of maid attire and appears younger than she is, and the beautiful but soft-spoken Chiaki. Gradually, with encouragement from her new-found friends, Hinako slowly breaks out of her habit of freezing into a scarecrow-like stance when frightened and begins learning theatre. The anime can be watched at