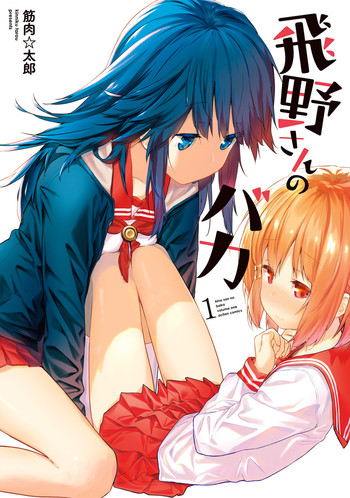 Hino-san no Baka is a comedic Yuri Genre manga by Kinniku Tarou. It began serialization in Ganma! in 2017.
Advertisement:

Class president Koguma is the typical "good girl" who is concerned when her fellow classmate Hino opts to start skipping classes and hanging out in a building outside of school. To make her comply, Koguma is forced into doing odd favors for her.