Manga / Are You Lost? 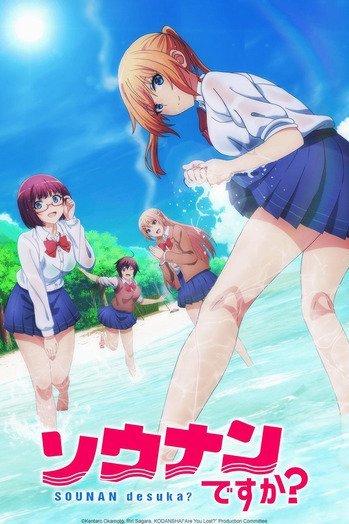 Four schoolgirls on a field trip have their lives take a turn for the unexpected when a plane crash strands them on a deserted island. Fortunately, Homare Onishima has experience in surviving in the wild, and teaches the other girls on how to make the best of their current situation, but it will take true teamwork if the girls are to survive and return home.

Are You Lost? (ソウナンですか？) is a survival manga series written by Kentarō Okamoto and illustrated by Riri Sagara. It has been serialized in Kodansha's Weekly Young Magazine since January 2017. An anime adaptation by Ezo'la aired from July 2 to September 17, 2019, and is free to watch on Crunchyroll.