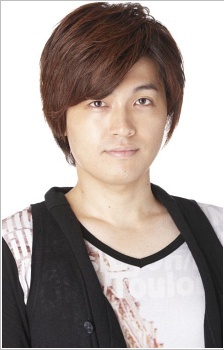 In 2012, he was subjected to a cruel prank by a group of people (including the producer Takahiro Yamanaka and the voice actors Takuma Terashima and Hisako Kanemoto), when he entered a fake audition to get a role in Kokoro Connect: Yamanaka engineered the whole deal, while Terashima and Kanemoto followed the instructions. Needless to say, poor Ichiki received sympathy among the fans (and especially from the 2chan web board) and saw the prank as a very dickish move from both the voice actors and the production studionote In Japan, voice acting is super Serious Business and any form of public humiliation like this is seen as unforgivable, because the victims get so mentally/emotionally broken in public that they often resort to suicide. Another seiyuu, Tomokazu Sugita, helped him expose this prank. Here is the whole story.

Despite the scandal, he eventually did get an actual role in the later episodes of the anime, and continued with his career.

Some roles by Mitsuhiro Ichiki are: