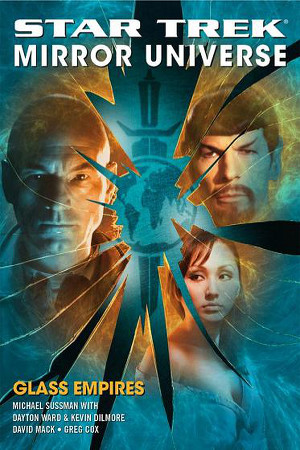 Star Trek: Mirror Universe is a series of books in the Star Trek Novelverse, filling in the gaps between the episodes taking place in the Mirror Universe (as shown in the various TV series). There were three anthologies:
Advertisement:

Finally, we have the concluding novel, Rise Like Lions: The fall of Terok Nor, the destruction of the Klingon-Cardassian Alliance, the secession of Bajor, and the establishment of a new government body, the Galactic Commonwealth.