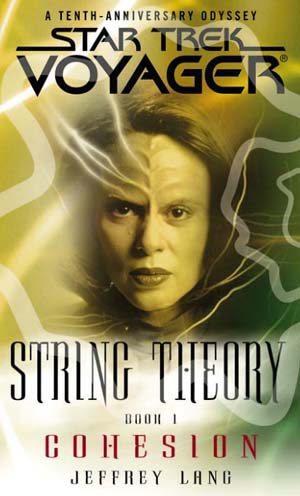 A trilogy of novels in the Star Trek Novel Verse, featuring the characters of Star Trek: Voyager. Set between seasons four and five of the show, the books attempt to bring a degree of closure to several plot points previously unresolved, chief among them the activities of the Sufficiently Advanced Aliens to which the Caretaker belonged. In other words, who was the Caretaker, really?
Advertisement:

The three books are Cohesion, Fusion and Evolution.

With the release of The Eternal Tide, this trilogy (the third book in particular) has become important to the Star Trek: Voyager Relaunch series.