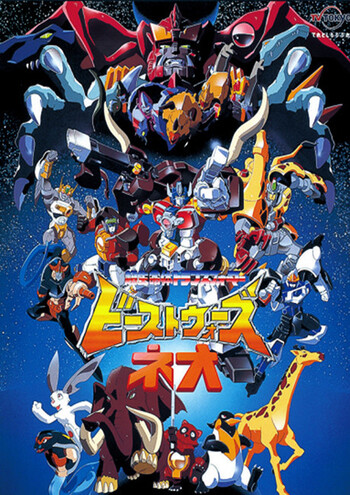 Beast Wars NEO is a Japanese Transformers spinoff from 1999 - 2000, made to bridge the gap between the Japanese airings of the first and second seasons of Beast Wars. Its a sequel series to Beast Wars II - the updated story starts with the battle between Maximal and Predacon factions for possession of an energy source called Angolmois. The lone Big Convoy is assigned the task of being teacher to a group of young recruits against Magmatron's group. By the end of the series, however, both forces unite to oppose the wrath of the dark god Unicron.