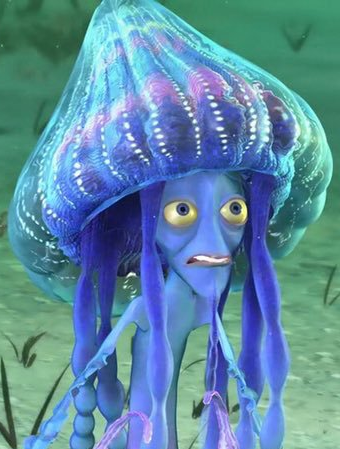 If that's supposed to be the jellyfish's head, why does it look like a hat?
SpongeBob: Wow. I didn't know this [crown] was a hat.
(Cut to Kevin with a hole in his head where the crown used to be)
Kevin: It wasn't...
— SpongeBob SquarePants, "I'm Your Biggest Fanatic"
Advertisement: