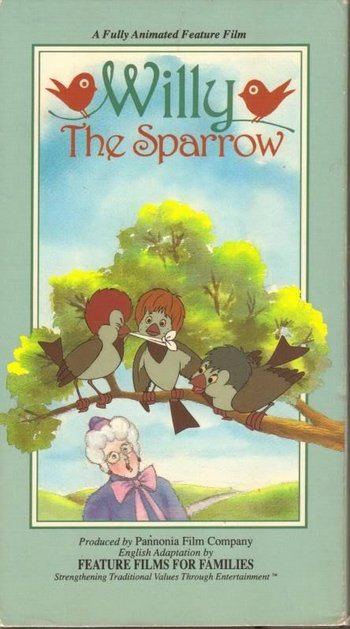 It's a bird's life!
Boys will be boys, and in all my years I've never met anyone quite like him. He had such an active mind, and such an imagination that things practically came to life. His name was Willy.
—The opening narration, spoken by the Sparrow Guardian.
Advertisement:

Willy the Sparrow (Hungarian: Vili, a veréb) is a 1989 Hungarian animated film, produced by Pannonia Film Studio, about a thoughtless boy who is turned into a sparrow so he can learn to respect the smallest of creatures.