Literature / Keys to the Kingdom 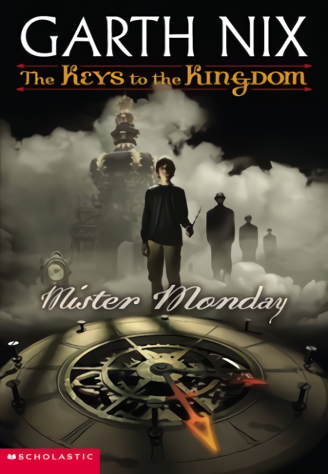 At the epicentre of the universe is The House, a non-afterlife Celestial Bureaucracy created by The Architect to be responsible for recording everything that happens in the rest of the universe, the Secondary Realms. After the disappearance of The Architect, the seven most powerful denizens of The House decide not to appoint a mortal from the Secondary Realms as the Rightful Heir in accordance with The Will she had left behind, but instead to break and imprison The Will in seven parts and keep the power of the titular Keys To The Kingdom for themselves. Ten thousand years later, Part One of The Will escapes its imprisonment and is partially successful at tricking one of the trustees into handing over part of his Key to a mortal Rightful Heir, Arthur Penhaligon. Initially reluctant, Arthur is charged with defeating each of the trustees and claiming their Keys. However, he also discovers difficulty not only with the House and its residents, but also with the fact that he may or may not be coming home...

Alternative Title(s): The Keys To The Kingdom