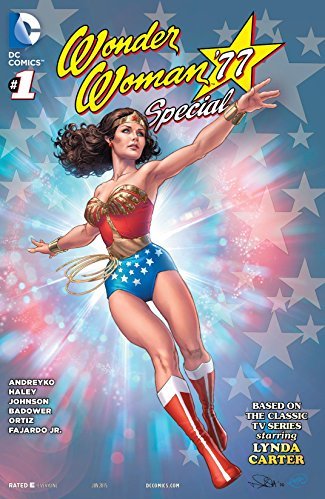 Following in the success of the Batman '66 digital series, DC Comics began publishing a similar digital-first series set in the continuity of The '70s Wonder Woman television show starring Lynda Carter. With the first anthology special being released in 2015 note The show's 40th Anniversary the first set of stories were all written by Marc Andreyko, of Manhunter and Batwoman fame, but a variety of other writers contributed later in the following three anthology specials.

After the fourth and final special in 2016, the series was continued in the form of a crossover with the Batman '66 comic, co-authored with Jeff Parker, and then a another crossover with fellow Seventies Action Girl show, The Bionic Woman, written by Andy Mangels.