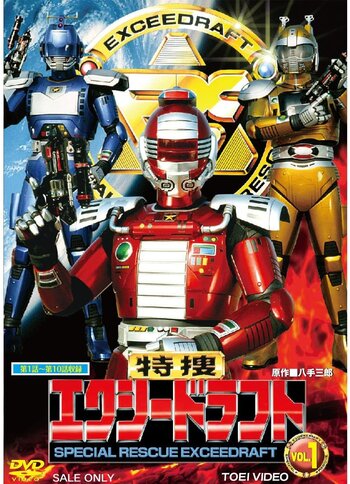 Tokusou Exceedraft is the tenth entry in the Metal Heroes franchise, airing from 1992-1993. It is the third part of its Rescue Heroes trilogy, though its connection to the previous two series is minimum at best.
Advertisement:

The story centers on another rescue team, the Exceedraft team. Their all-human members, Hayato, Kosaku, and Ken team-up to strike at disasters that grip their fair city.

The main heroes are: