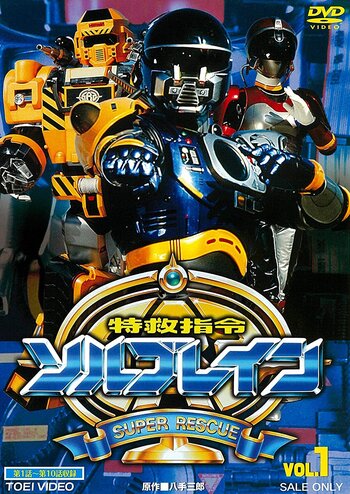 Tokkyuu Shirei Solbrain is the ninth entry in the Metal Heroes franchise, airing from 1991-1992. It is the second of its Rescue Heroes trilogy.

After the Winspector team leaves Japan to fight crime in France following the finale, Masaki Shunsuke creates a new team, named Solbrain, to continue Winspector's duty to take out crime and disaster when it strikes the city. The new heroes Daiki, Reiko and SolDozer must always be on hand to stop all disasters.

The main heroes are: