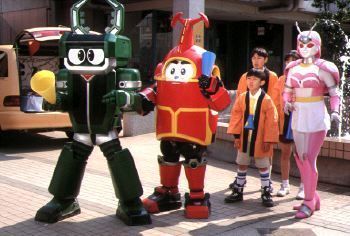 It's the story of Kabutack, one of ten "B-Robos" created by Dr. Torahiko Koenji. The good doctor discovered the existence of the thirteen Star Pieces, which grant any wish to those who get 'em all. For this reason, Koenji created the B-Robos. But some of the B-Robos aren't very nice and turn against Koenji. So, it's up to the good B-Robos to trounce the bad ones week after week.