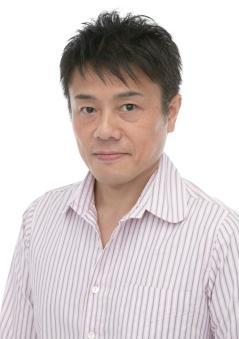 I've had my fill of bad futures!

At an earlier age, Takeshi Kusao was one of the go-to seiyuus of goody two shoes heroes. Later on, he starts developing more and more varieties, starting from psychotic villains, or Large Hams with a good dose of hearty laughs. That's the man we call Takeshi Kusao. Interestingly, he has two roles related to the famous Japanese soldier, Sanada Yukimura, playing as him in Samurai Warriors, and his incarnation/descendant Ryo Sanada in Ronin Warriors.

He's Happily Married to his fellow Samurai Warriors cast member, Yuka Saitou with whom he also has a child