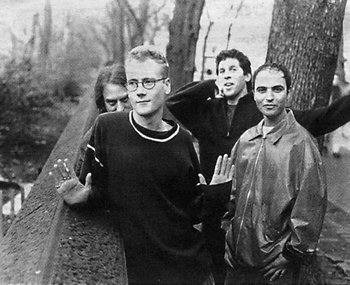 Soul Coughing were an incredibly quirky band from New York, formed in the mid 90s and enjoying some underground success throughout the decade before disbanding in 2002. They gained a fervent cult fanbase with their unique sound which combined bits of alternative rock and jazz bass lines with Mark Degli Antoni's unconventional keyboard playing and hip-hop/electronica-influenced samples, all lead by lead singer Mike "M" Doughty's stream of consciousness quasi-rap lyrics to create a style Doughty referred to as "deep slacker jazz."

"You take the tropes and I'll take the index, you've come down to this":