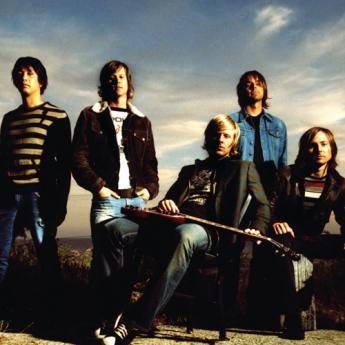 Formed in 1996, the Foreman brothers, sons of a local Baptist preacher, got fellow band-mate Chad Butler together and started recording music. They were then discovered by producer Charlie Peacock who signed them to his re:think indie label and produced their second and third albums. Their first three albums, The Legend of Chin (1997), New Way to Be Human (1999), and Learning to Breathe (2000) helped the band gain some indie status, and also snagged them a few Grammy nominations for Christian music.

After re:think was bought by Sparrow Records, Switchfoot signed to Columbia Records in 2002 and released their breakthrough album, The Beautiful Letdown in 2003. They gained two radio hits from it, the epic "Meant to Live" and the heartwarming "Dare You to Move" (the latter had previously appeared on Learning to Breathe, but was remixed and rerecorded for the new album). Their music started massively being used in TV commercials and shows, quickly growing them more recognition.

Their next two albums, Nothing Is Sound (2005) and Oh! Gravity (2006) saw some commercial and critical success, but the reaction from longtime fans was mixed. The band slowly grew more and more tired of being pushed around by Executive Meddling and left Capital in 2008 to start their own independent label known as Lowercase People.

After a brief hiatus, their latest album NATIVE TONGUE was released in January 2019, followed by Interrobang in 2021.

They're unique for not being blatantly Christian and being able to appeal to audiences of all kinds. They have some surf rock and punk influences, but many listeners have trouble separating them from other post-grunge bands.