Film / Ghost in the Machine 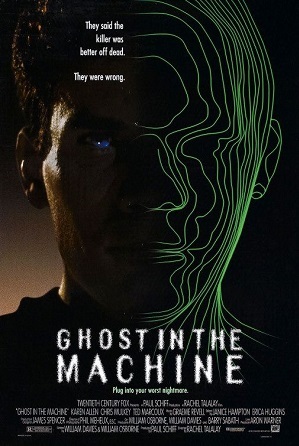 Ghost in the Machine (also known as Deadly Terror) is a 1993 Sci-Fi Horror film about a Serial Killer who comes Back from the Dead after a hospital accident fried his brain to continue his murder spree beyond the grave as an electrical being.

Not to be confused with Ghost from the Machine or The Police album.