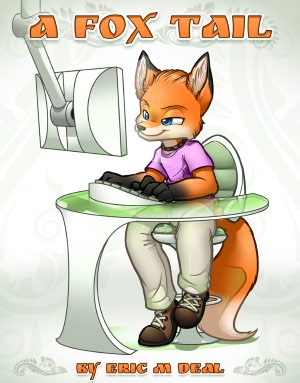 ), A Fox Tail is about Vulpie, a rather flamboyant fox and genius hacker, and Polar, a handsome arctic wolf who crosses paths with Vulpie just as the latter is about to unleash his greatest creation, vulpie.net. Within days, the virus/AI infects everything from personal computers to military robots, allowing Vulpie to wreak havoc throughout the universe. All Polar wants is to keep Vulpie as his lover, but taming the mischevious fox proves difficult, even after the world government pays him to do that.

And it's not over once Polar succeeds in reforming Vulpie from his criminal ways. Without its creator's input, vulpie.net develops a rather disturbing personality known as "Evil Vulpie", who seems a bit upset that it's just an imitation of the real thing, and decides to take action.

A sequel known as "Fox Tails" came out in September 2012.