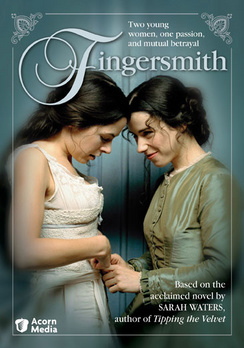 The third novel by British author Sarah Waters, Fingersmith tells the story of Victorian thief Sue Trinder, who agrees to help con sheltered heiress Maud Lilly out of her inheritance, but The Plan begins to go awry when she finds herself falling in love with the innocent and beautiful Maud.

The book was turned into a popular BBC miniseries in 2005. The story was re-imagined in Korea under Japanese occupation in the 2016 film The Handmaiden.