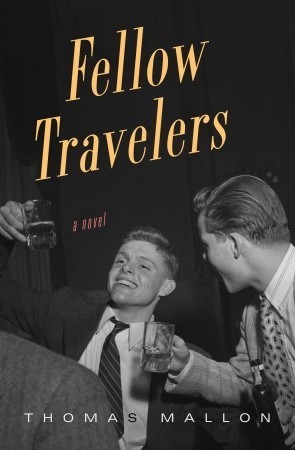 A 2007 novel by Thomas Mallon, Fellow Travelers tells the stories of Timothy Laughlin and Hawkins Fuller, two closeted gay men in 1950s Washington D.C. They work together at the State Department, engaged in an on-again-off-again romance while living through the trials of the McCarthy era. Tim is the heart of the book, beginning as a recent Catholic college graduate completely out-of-touch with his sexuality. Hawkins Fuller provides his awakening, but at the cost of his happiness for quite some time.

The book is classic Lit Fic, a historical and character-driven novel without much in the way of a Big Bad or evil plot. Instead, the characters are up against themselves and the times they live in, two enemies not easily combated.

In 2016, the novel was adapted into an opera by Gregory Spears (composer) and Greg Pierce (librettist) and had its world premiere at the Cincinnati Opera.