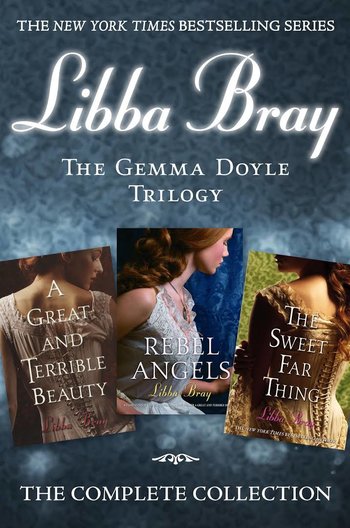 I run after her, not really giving chase. I'm running because I can, because I must. Because I want to see how far I can go before I have to stop.

Gemma Doyle is a redheaded English lass living in India in 1895, until she turns sixteen and her mother's past finally catches up with the Doyle family. Gemma is subsequently sent to Spence, a finishing school back in England, where she is about to find out just how much of her mother's daughter she really is.

Gemma's story is told in a trilogy of young adult novels by American author Libba Bray: A Great and Terrible Beauty, Rebel Angels, and The Sweet Far Thing. A movie was in the works but was axed.