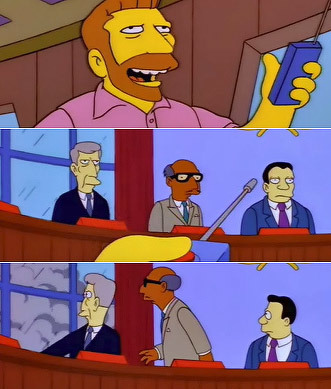 A handheld variant of the Big Red Button.

You want to have a character be able to do something like activate a machine or detonate a bomb in a cool way without the need to be right up next to it? The obvious plot solution would be for the character to reach into their pocket and produce a little remote control device. It often has a big button (sometimes red) to push and an incredible range to activate something miles away. It can also be a Plot-Sensitive Button if it does different things depending on the current need.

This allows a way for the character to show confidently that he's had a trump card all along and was waiting to use it.