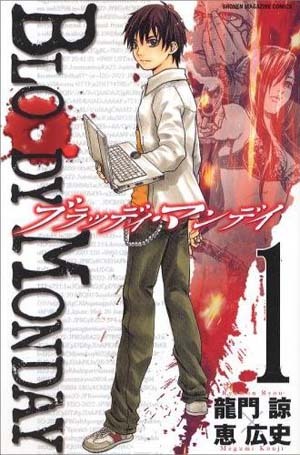 A deadly viral outbreak in Russia somehow comes to the attention of "Third-I", a top secret Japanese investigative group under the Public Security Intelligence Agency, and their top hacker, student Fujimaru "Falcon" Takagi. Through a complex and disturbing web of deceit, lies and covert-ops, Takagi and his friends must help Third-I prevent a dangerous cult from initiating their "Bloody Monday".

Not to be confused with Bloody Monday which is either a 1855 riot in Louisville, Kentucky, the Claudy bombings in 1972 or the Częstochowa massacre in 1939