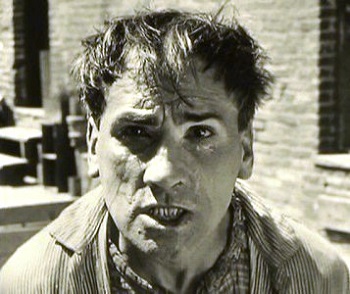 The Italian is a 1915 film directed by Reginald Barker.

Beppo is a gondolier in Venice. He is in love with Annette, but her father won't let them get married until Beppo makes enough money to support her. Beppo sails to America, where he sets up a shoeshine stand while getting a side job turning out the Italian vote for Corrigan, an Irish political boss. Eventually, he sends for Annette to join him. They get married and have a baby they name Tony, but their happiness is interrupted when Tony comes down a fever during a New York heat wave.

Not to be confused with the Gothic Horror novel by Ann Radcliffe.