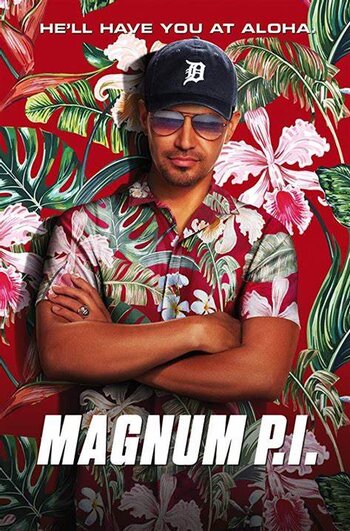 Magnum P.I. is the 2018 version of the original series. It’s about a former Navy SEAL who settles in Hawaii, and uses his military expertise to become a private investigator.

The reboot was developed by Peter M. Lenkov (who developed the MacGyver (2016) reboot) and Eric Guggenheim and stars Jay Hernandez as Thomas Magnum. The first episode aired on September 24, 2018 with a rating of 8.12 million viewers.

In the new version, Magnum moves to settle in Oahu after he and some American military personnel survived being in a POW camp during the War in Afghanistan in order to forget about the problems he had while he was captured by pro-Taliban forces. He uses his military skills and connections to help his clients and allies solve criminal cases throughout Hawaii.

CBS aired the reboot for the first four seasons. It was confirmed that Magnum P.I. will be a part of the Bellisarioverse, as Steve McGarrett from Hawaii Five-0 will be making an appearance, the Five-0 unit is referred to regularly, and several characters from Five-0 appeared in the first few episodes.

Example of:
Impersonating an Officer