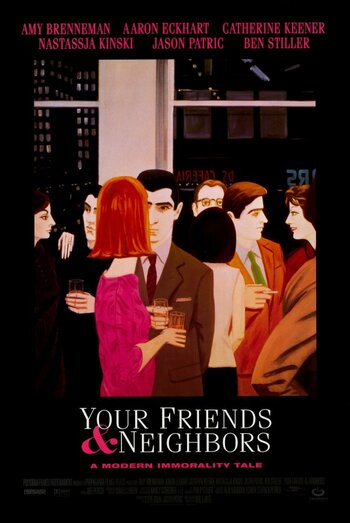 The film follows a pair of ordinary middle-class couples (Eckhart and Brenneman in one, Stiller and Keener in the other), none of whom are particularly happy, secure or sexually fulfilled. In search of excitement and satisfaction, the couples experiment with adultery. The couples are accompanied by a womanizing doctor (Patric) and an artist's assistant who works in a gallery (Kinski).

Notable for being the first film to be reviewed on Rotten Tomatoes.