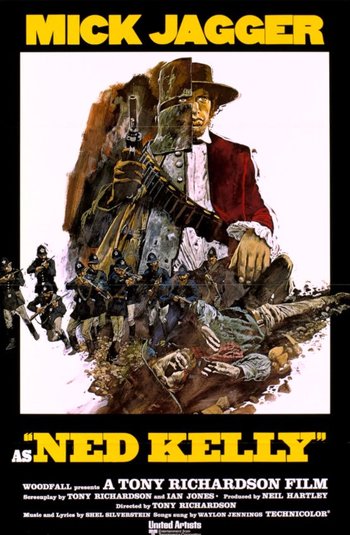 The poster for the original film.
Advertisement:

Ned Kelly is a 1970 Biopic, directed by Tony Richardson and starring Mick Jagger as Ned.

It is based on the story of 19th-century Australian outlaw Ned Kelly. Not to be confused with another film of the same title, released in 2003.