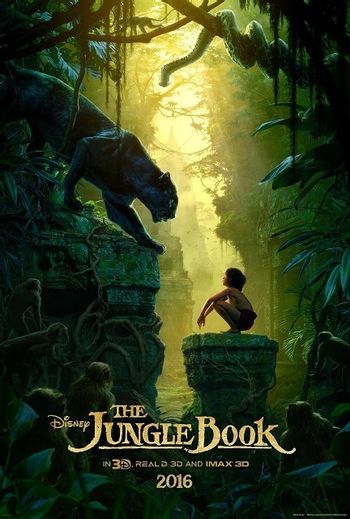 While Mowgli is portrayed by a human actor, the rest of the film is portrayed almost entirely through computer animation, with extensive motion capture and highly photorealistic animation to create the Indian jungle and its inhabitants.

Not to be confused with Warner Bros.' Mowgli, directed by Andy Serkis, which was delayed to 2018 in response to the release of this movie (in spite of being announced first). Nor should it be confused with Disney's earlier live-action Rudyard Kipling's The Jungle Book, released back in 1994.

Richard M. Sherman, the surviving Sherman brother, wrote updates to the songs for the film.

The first teaser can be seen here

. The official trailer can be seen here

Plans for a sequel are being discussed, with Jon Favreau potentially returning to direct.