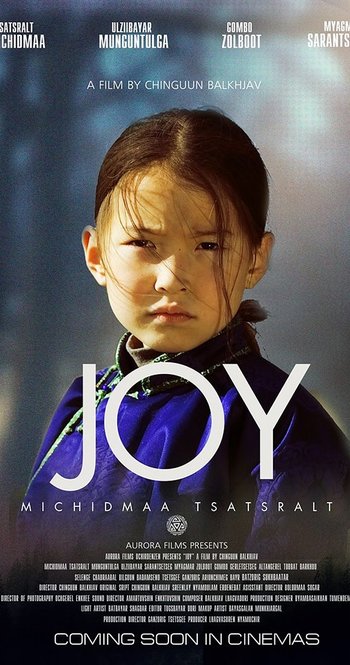 Joy is a 2016 film from Mongolia directed by Chinguun Balkhjav.

Az is a thirty-ish woman living in Ulaanbaatar. She and her husband are getting ready to move out of their apartment, as a husband and his pregnant wife are moving in. The woman goes into labor, and Az and her husband rush the couple to the hospital. This causes Az to start thinking about her past, and she goes back for a visit to her home town.

In her home town, a village in the countryside, Az meets her aunt and her uncle. She starts thinking about her past, how she grew up as a happy child with her mother and her father Tseden, until she was eight years old, and a series of tragedies started to unfold.

Not, repeat not, that movie with Jennifer Lawrence.