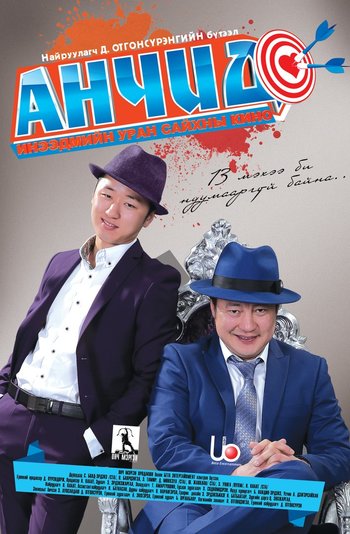 The Hunters is a 2015 film from Mongolia directed by D. Otgonsuren.

It is a comedy about Bayaraa, an engineer at a computer hardware firm, and his older mentor Bataa. Bataa is Bayaraa's mentor in after-work activity as well: specifically, chasing babes. The younger and older men function as wingmen for each other when they go out chasing girls. They indulge in some frankly creepy, stalker-ish, Serial Killer-ish tactics: calling themselves "hunters", following women, taking their pictures, in one instance pretending to be cops so they can coax a hot model into their car. But it's all played for laughs.

Bayaraa, the younger one, has a platonic female roommate named Chimgee, who recommends that he go to her gym to get buff. While there, Bayaraa meets a lovely young lady named Nandin. Bayaraa the incorrigible babehound finds himself falling in love. He arranges for his new girlfriend to meet his friend Bataa, only to find out some unpleasant news: Nandin is Bataa's estranged daughter.