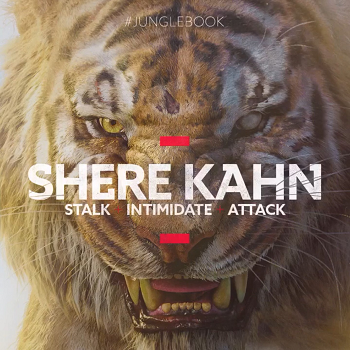 The name is misspelled here, but fits nonetheless.
Advertisement:

There's something about the name "Khan" that just sounds threatening and powerful to people in Western countries. So it follows that in works of fiction, if you want a really good evil name for your villain, and Kain is out of the question, "Khan" will do just fine. "Kahn" and other alternate spellings are also available.

The reasons for this may stem from historical European perceptions of Turko-Mongol cultures, for whom the word 'Khaan' (pronounced like 'haan' but with a harder, harsher 'h' sound) was the equivalent term for a king or lord. Genghis Khan is the one most folks have heard of, but other languages and cultures used "khan" as well. Thus, the name "Khan" for a villain in a work of fiction implies a powerful, dangerous ruler of a people or nation, and possibly one with a historical basis or a cultural heritage behind them. It may also just be for the Rule of Cool: "Khan" gives you Xtreme Kool Letterz, after all.

This doesn't of course apply to other parts of the world, such as nations like Afghanistan, Pakistan, India where the surname has a lot of positive and heroic connotations, with a number of famous kings, sportsmen, and movie-stars having this as their surname, and it being seen as a very noble, and bold name.

An example of Names to Run Away from Really Fast.