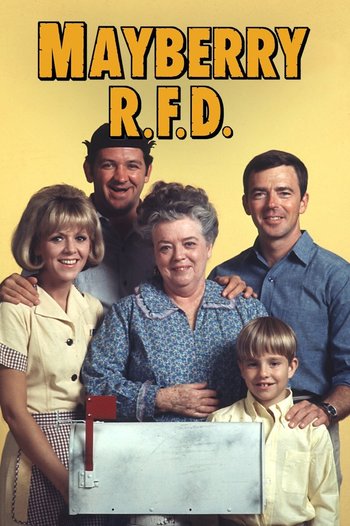 Mayberry R.F.D. is the After Show to the popular CBS Sitcom The Andy Griffith Show, and ran for three seasons from 1968 to 1971. The show focused on widower Sam Jones (Ken Berry) and his son Mike (Buddy Foster), who were introduced during the final season of The Andy Griffith Show. Also appearing on the show were several Andy Griffith supporting characters, including Aunt Bee Taylor (Frances Bavier), Goober Pyle (George Lindsey), Howard Sprague (Jack Dodson), and Emmett Clark (Paul Hartman).

The show was fairly popular, which is unusual for an After Show, and finished in the Top 20 of the Nielsen ratings during the three seasons it was on the air (and in the Top 5 in its first two). Despite this, CBS decided to cancel the series as part of The Rural Purge.