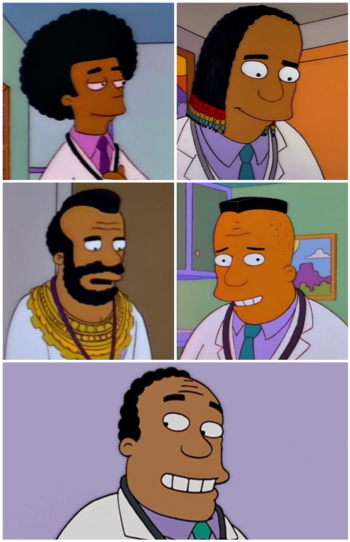 A Sub-Trope of Expository Hairstyle Change. Overlaps with I Was Quite a Fashion Victim if the style was at least suitable for that time. Can overlap with Hair Today, Gone Tomorrow if a presently bald character is given a funny haircut to indicate the past. Compare Hairstyle Inertia, where a character's hairstyle remains exactly the same in flashbacks, but that can also be the joke.