Web Original / What Happens When The Stars Go Out 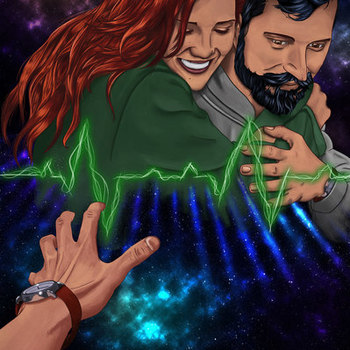 "You're made up of the stars, kid. Now go light up the world."
Advertisement:

''What Happens When the Stars Go Out" is a short story/Creepypasta written by Jesse Clark. It premiered on Reddit's Nosleep forum in August 2017.

It takes the form of a non-linear narrative in which our protagonist, Brian, meets and falls in love with Robin, and the fateful night that changes their lives and relationship forever. It contains themes such as the nature of love, the acceptance of death, and how people react to drastic changes in their lives.

It has been noted as one of the few Creepypastas that is not intended to frighten the audience but rather present them with a melancholic tale of doomed love that still manages to have a hopeful ending.

, which was voted best story of the month and which won various end of the year accolades. Alternativley, listen to The Nosleep Podcast's adaption here

, which was nominated for the Best Short Form Audio Drama award at the 2018 Parsec Awards.