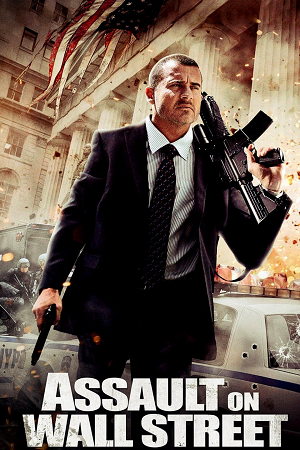 "You wanna know the difference between a banker and a gangster? A gangster always has a getaway plan."
Jim Baxford as he plans his revenge
Advertisement:

Assault on Wall Street is a 2013 satirical thriller/drama directed by Uwe Boll. It also goes by the name of Bailout: The Age of Greed.

Jim Baxford (Dominic Purcell) is an average New Yorker whose life savings are wiped out during the 2008 financial crisis by shady investors. With debt mounting, and Jim gradually losing everything he had, he finally reaches his limit and becomes a spree killer, targeting those responsible for the recession.