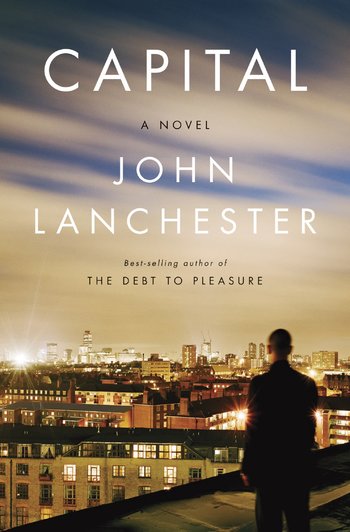 I wanted the book to begin with the reader knowing something that the characters don't: that this moment in 2007 to 2008 is the peak of a bubble. It's a curious thing to say about a book set in such a recent past, but Capital was intended to be a historical novel.
John Lanchester in the Guardian, March 2013

Capital is a 2012 novel by British author and journalist John Lanchester, set in 2007 and 2008, just as the world is teetering over the edge of economic boom into financial crisis. It follows the people who live and work on a single street in Clapham (an expensive upper-middle-class area of London), Pepys Road, taking as its starting point a mysterious harassment campaign in which all of the residents begin receiving postcards, photos of their houses, and eventually much nastier items bearing the message 'We Want What You Have'. However, it follows its Loads and Loads of Characters through a myriad spiralling subplots, some linked and some independent. Lanchester has referred to it as his 'Big Fat London Novel', citing Charles Dickens as his primary influence, but almost every review it received at some point used the phrase 'state-of-the-nation novel', reflecting its expansive and varied portrait of a society straining at the seams.

Not to be confused with the work on economics by Karl Marx or the collection of science fiction short stories by Orson Scott Card.