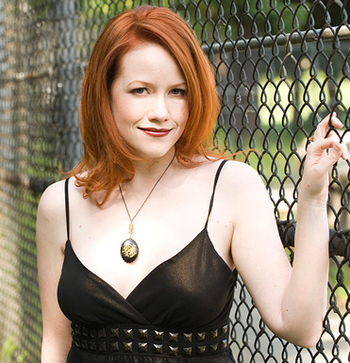 Richelle Mead (born November 12th 1976) is an American fantasy author, particularly known for writing Urban Fantasy. She has written novels aimed at both adults and young adults. Her debut novel Succubus Blues, was published in 2007.

Her works with TV Tropes pages include:

Tropes found in her works include: