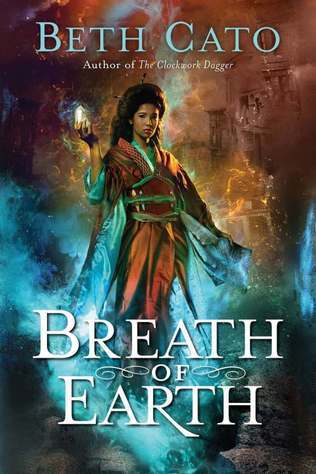 Blood of Earth is a series of novels written by Beth Cato.

Blood of Earth is about the life of Ingrid Carmichael, a young girl, in an alternative San Francisco of 1906. She is the first girl to possess the powers of geomancy, powers that allow to control and dominate the telluric energetic forces, which cause earthquakes and in San Francisco, controlled and managed by the Council of the Guardians, an organization of Geomancers, but in San Francisco, only men can be geomancers and geomancy is forbidden to women, therefore Carmichael, must hide his power, the protagonist, will have to foil an imperialist conspiracy and conspiracy, by of the American-Japanese confederation, for the conquest and domination of the Pacific Ocean and the China ...

Blood of Earth contains examples of: