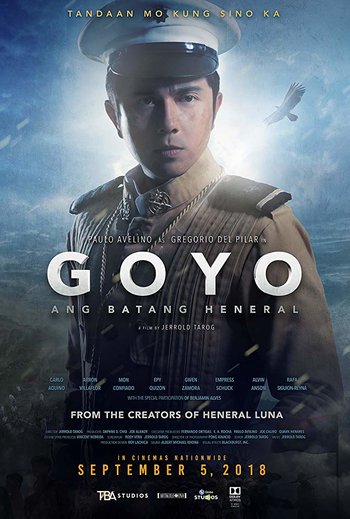 Goyo: Ang Batang Heneral (Goyo: The Boy General), released September 5, 2018, is a historical biopic film starring Paulo Avelino as the titular Gregorio "Goyo" del Pilar, the youngest General during the Philippine–American War, who died in the Battle of Tirad Pass. It is written, directed, edited, and scored by Jerrold Tarog, and is the sequel to Heneral Luna.